Hydraulic fracturing, or fracking, extracts oil, natural gas, water, or geothermal energy from underground to develop oil and natural gas. The process is effective but may impact drinking water quality under some circumstances. Both pro- and anti-fracking camps have their points and often rely on scientific research and literature to support their positions.

Remaining impartial is difficult for some. But no matter which way you lean on the fracking debate, it's impossible to overlook that ground and surface water is the central figure in all hydraulic fracturing operations. Understanding the impact fracking can have on drinking water supplies is vital for individuals to be empowered to protect their health.

Fracking for oil and natural gas extraction is a highly controversial mining process. Both fracking supporters and opponents passionately plead their case. Those in favor of fracking claim the practice is a safe and environmentally sound way of extracting fossil fuels. Those opposed claim fracking is a dangerous procedure that compromises the area's drinking water supply.

The complicated mechanical operation of fracking makes it an expensive process — fracking requires large equipment, deep depths, and huge water volumes under immense pressure. Fracking techniques originated in the 1940s when engineers began experimenting with directional or horizontal drilling to access the deposits of fossil fuels trapped in sedimentary rock miles underground. Because rock formations underground are tightly packed, the gas and oil can only be released by mechanically splitting the rock.

Directional drilling allows gas and oil well drillers to drill straight down into a geological formation until the desired depth. Then, the drilling equipment bores horizontally through the fuel-containing substrate. The drill can run horizontally for a mile or more, depending on the size of the deposit of natural gas or oil.

The fracking stage pumps a water-based solution at intense pressure into the layer of shale or sandstone. When the fracking fluid is injected into the rock layers, it causes fissures in the rock, releasing natural gas or oil. The drill team pumps the oil or natural gas up to the ground's surface, where it is kept in storage tanks before being treated and pumped to market.

The technique's goals are to safely access the oil and natural gas within the earth's rock layers. The economic benefits of fracking are significant — the process produces 64% of the crude oil supply produced in the United States.

How Can Fracking Contaminate Groundwater?

Engineers then need to remove their introduced polluted hydraulic fracturing water mix after the fracking operation while ensuring it stays contained on the top. Fracking water residue can contain toxic amounts of acid, salt, detergents, alcohol, lubricants, and disinfectants. Fracking water, also known as slickwater, also picks up underground pollutants like radon and methane. When these pollutants enter water wells and municipal water sources from groundwater, they can contaminate drinking water for the surrounding areas.

The serious environmental problem with fracking is preventing slickwater pollutants from contaminating existing drinking water supplies in surrounding locations, like civic water reservoirs and underground wells and cisterns. Or, surface water passing through fracking locations can be easily compromised by toxic fracking water and pass on to downstream drinking water sources, a risk that applies to streams, rivers, ponds, and lakes.

According to one study, fracking affects reproductive health through contaminated water resources. Women who lived within 3 kilometers of a current or future fracking site experienced adverse reproductive outcomes.

A recent analysis by the University of Rochester Medical Center found that water contaminated by fracking is linked to negative health outcomes for infants. The study found that while chemical levels in drinking water fell below regulatory guidelines, infant exposure during gestation resulted in poorer birth outcomes, specifically lower birth weight and preterm birth. These outcomes are connected to various negative effects later in life, such as learning difficulties and a higher risk of developing social-emotional and behavioral issues.

Most fracking occurs in the three largest hydraulic fracturing areas in the U.S. — the Bakken Formation of the Great Plains from Canada down to Texas, the Marcellus Shale reaching from New York to Virginia, and the massive gas field in the Great Lakes region.

According to information from the U.S. Energy Information Administration (EIA), there are 969 natural gas and oil wells completed in major tight oil and shale basins in the U.S., with over 4,000 drilled but uncompleted. With nearly 18 million people in the U.S. living close to natural gas or oil wells, the impact could be significant.

What Is Being Done About Fracking and Water Contamination?

Many environmental and climate action groups want to ban fracking in the U.S. due to growing concern about protecting the drinking water and populations near fracking wells. That concern applied to both surface water and groundwater supplies. Fracking opponents argue that no matter how careful fracking operators claim to be, there is no safe way to mitigate the unnecessary risk hydraulic fracturing poses to critical freshwater supplies.

Responding to water protection interest groups and the hydraulic fracturing industry, the EPA commissioned a study into fracking water pollution. The research and assessment phase started in 2010, and the final report in late 2016 addressed errors and flaws previously made. The modified 2016 report concluded that fracking, under some circumstances, impacts drinking water sources.

Protests and movements to ban fracking have taken hold in the United Kingdom, while areas of Canada, Australia, and the European Union have severely restricted the practice. Although fracking in the U.S. is likely not going away soon, it could face greater restrictions in the next few years.

While few individuals can do much to stop oil and gas fracking in their neighborhoods, they can do a lot about protecting their family's health by filtering chemicals from their water supply. That insurance comes from investing in a high-quality water filtration system.

Protect Yourself With a High-Quality Water Filter

To protect yourself and your family from the effects of water contamination, consider getting a Multipure water system. Multipure is one of America's leading innovators in water filtration systems. We have an exclusive Multipure Solid Carbon Block filter that is certified to reduce wide range of dangerous contaminants. We are certified to reduce contaminants such as Lead, Arsenic, PFOA/PFOS, PCBs, MTBE, VOCs, heavy metals, and chlorination byproducts. 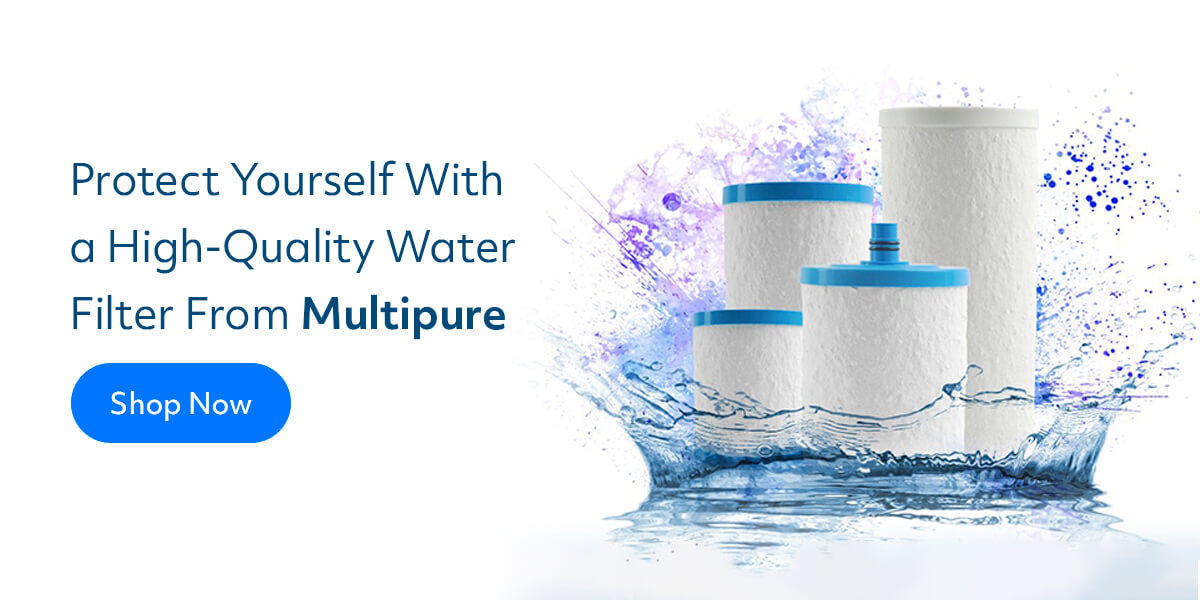