Pesticides are used in a wide variety of locations and applications: in agriculture, in homes and businesses, on lawns and gardens, along roads, in recreational areas, and on pets and livestock.

Hundreds of different pesticides are used throughout the United States, and in vast quantities – in 2007 alone, over 430,000 tons of pesticides, herbicides, insecticides, and fungicides were used by homes and businesses. Each year, about 2 million tons of pesticides are used globally to confront weeds, insects, and other pests. Pesticides are accepted for use in protecting crops against harmful pests and in protecting people against disease-carrying insects and other animals. Although useful for curtailing the presence and spread of harmful or unwanted animal or plant life, pesticides can spread throughout the environment and contaminate both surface and groundwater, which means that their widespread usage may cause the presence of pesticides in drinking water.

Modern, synthetic pesticides have been in use for almost 100 years, with earlier versions relying on the use of toxic heavy metals such as copper, lead, mercury, and arsenic. This progressed to the use of dichlorodiphenyl trichloroethane (DDT), discovered during World War II and gaining enormous popularity due to it effectiveness at low dosages. This lasted until the 1970s, when DDT was banned due to its damage to the environment and its toxicity to humans and impact as a carcinogen. A wide variety of synthetic pesticides have been developed since then – and many by necessity, as pests eventually develop resistances to pesticides, and many pesticides pass out of usage due to harmful side effects or environmental damage.

While pesticides offer tangible benefits – especially in the field of agriculture where their use has led to an increase in the quality and quantity of food production – a danger exists with almost all pesticides as many pesticides can accumulate in the soil and pass into water supplies. Most pesticides that enter water supplies do so as runoff from agricultural fields or through industrial wastewater. Streams, lakes, and groundwater are especially susceptible to pesticide contamination due to their close interconnection with the surrounding soil. 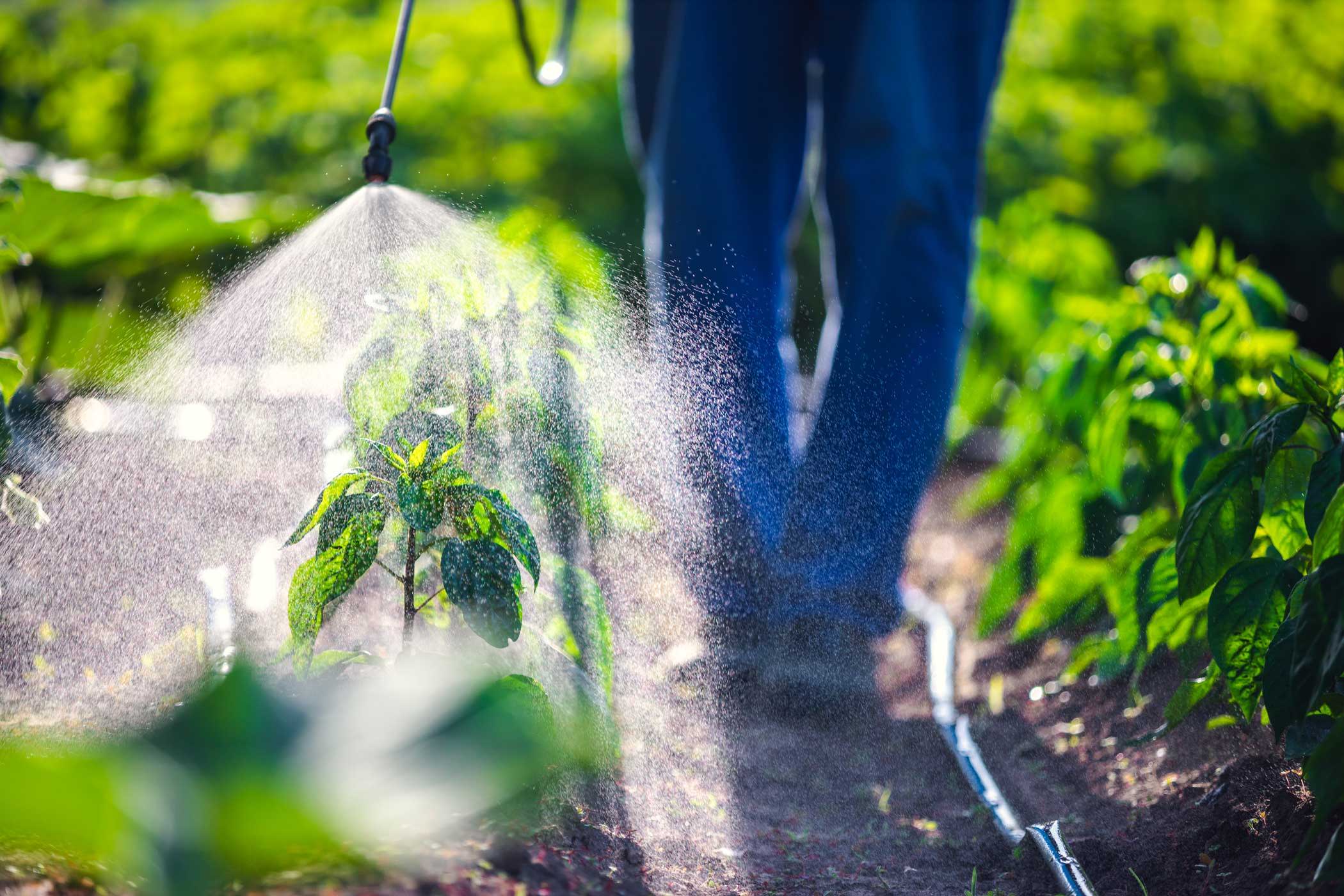 Why Are Pesticides in Drinking Water a Concern?

Earlier conventional wisdom – generally around the 1970s – believed that the soil itself would act as a protective filter to keep pesticides out of groundwater. Studies since then have demonstrated that pesticides from crop fields, contaminated surface water, accidental spills or leaks, or waste disposal can reach water aquifers far below the ground, contaminating a vital source of drinking water.

Regardless of the type of contamination and the source of your water supply, one of the best ways to protect your home and family from pesticide in drinking water is with a pesticide water filter.

Types of Pesticides in Water

Contamination by pesticides in water occurs when these chemicals spread due to agricultural use, urban use, and through factory production.

Why Do I Need to Remove Pesticides from My Water?

Quite simply, pesticides are poison. They are designed to kill. And they are especially dangerous in that they bioaccumulate – they build up in human cell membranes, increasing their dangers and effects with accumulated exposure.

Acute exposure to pesticides in water can result in:

Chronic exposure to pesticides in water can result in a variety of harmful long-term effects, including:

How Does Multipure Protect You from Pesticides in Water?

Activated carbon pesticide water filtration has been found to be effective in the protection of drinking water against the potential contamination by pesticides and other harmful contaminants. Multipure’s carbon block filters use a combination of mechanisms including mechanical filtration, physisorption, chemisorption, and catalysis to reduce the presence of pesticide in drinking water, as well as other harmful contaminants such as asbestos, lead, mercury, trihalomethanes, and chlorine.

Multipure's Aqualuxe, Aquaperform, Aquaversa, and Aquamini drinking water systems are NSF-certified according to NSF/ANSI Standard 42 (Aesthetic Effects), Standard 53 (Health Effects), and Standard 401 (Emerging Contaminants) for the reduction of dozens of contaminants, including pesticides in water. NSF certification is a sign of quality and integrity, and an sure sign that our filters perform up to our high standards.

If you are interested in a system to protect your drinking water from pesticides or other contaminants, please contact your local Multipure Independent Builder for more information.